Portrait of an Unknown Woman
(eAudiobook) 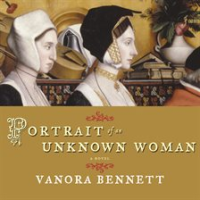