Homer's The Iliad and The Odyssey
(eAudiobook) 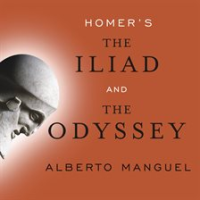