Paris, Paris: Journey into the City of Light
(eAudiobook) 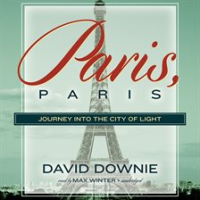