World War I For Kids
(eBook) 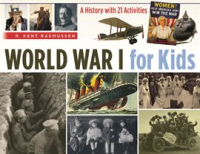