The Girl in the Blue Beret
(eAudiobook) 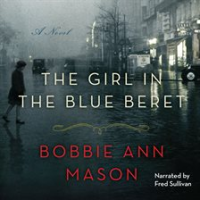