The Moon Shines Down
(eBook) 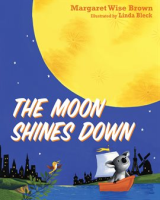