A Different Class of Murder
(eAudiobook) 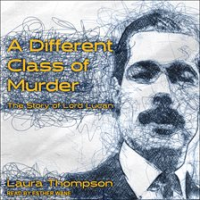