The Royal Navy and the Falklands War
(eBook) 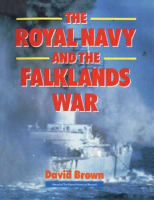