We Were Brothers
(eAudiobook) 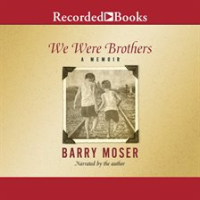