Only the Hunted Run
(eAudiobook) 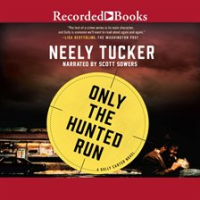