Who Buries the Dead
(eAudiobook) 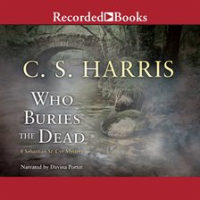