Whisper Down the Lane
(eAudiobook) 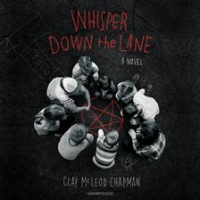