Beauty and the beast
(DVD) 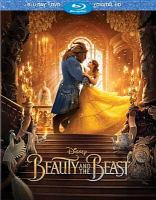